CW Classifications and what they mean for you.

A light-hearted look into our national construction worker classification system.

The very backbone of the Australian economy is it’s construction industry. Powered by scores of trades and hundreds of vocations, the men and women who build our most valuable assets are classified by an age-old system of skills and seniority that far too many construction workers just simply aren’t aware of.

When an entire industry ranges from carpenters to crane operators to construction managers [and that’s just the C’s], how do you determine what pay and conditions are fair so that everyone goes home happy? Aside from industry representatives like unions and governing bodies, many moons ago a group of folks that are far cleverer than I devised a system to classify construction workers into like groups. These were based on time spent training, resultant qualifications, seniority in their field and a few other factors like the danger and role scarcity. After much thinking and re-thinking, a single system of classification known as the Construction Worker Classification System was born. So whether you’re a greenhorn or an old hand, in civil or in demo, a tradesperson or a labourer, sit back and relax as we dive off the blocks and into the murky waters of the CW System – for when you surface, these waters will be crystal clear.

CW1a. Considered the most raw in all the land, these chaps and chapettes have just entered the construction workforce. They may even be on their first week or even their first day. They have the most to learn. And unless you come from a construction family, sometimes walking onto a jobsite is like setting foot on another planet. A messy, dirty planet filled with trenches and offcuts, overhead hazards and sparks. And noise, glorious nose. Workers in this classification will spend their first few weeks and months just figuring out what the heck they got themselves into, and sometimes – if they can get back out again.

CW1b. After about three months of manning the broom and being the butt of your practical jokes and playful misinformation, the CW1a moves up into the CW1b category. This position differentiates from the previous classification in that now these workers have a base awareness of what actually goes on on a construction site. A slab of familiarity with which to lay knowledge bricks. No longer do they spend their days trying to keep out of everyone’s way. And whilst they’re not exactly running the job [although some will have you believe they are], at least now there’s someone greener than them.

CW1c. Fast forward nine more months and the newbs are transitioning into CW1c’s. They’ve experienced the good, the bad and the ugly – and those who aren’t built for this game are long gone. There’s a hardness in them that wasn’t there before. These workers are beginning to learn what they enjoy doing [and what they don’t], and those with a bit of nous are starting to think about a vocation or trade.

CW1d. While there is no time limit on what constitutes a CW1d, these workers will be able to confidently use manual, pneumatic and electrical hand tools. In a pinch, the more advanced 1d’s could be a tradesman’s T/A. And if you follow the classification guidelines to the letter of the law they’ll also possess a first aid qualification.

CW2. If you’re good at what you do or have a skillset or ticket that’s in demand then at least two years into continuous site construction work can make you a CW2. After that long on site the expectation is that you know what you’re doing and that you can exercise your own initiative, such as doing things you know will need doing before you are asked. Like site clean-up. Just kidding – site clean-up is for CW1’s! If you’re learning a trade then you’re expected to have your own tools. If you have a ticket like traffic control or a materials hoist operator then you’re expected to work unsupervised – and not burn all your data on Snappy or Tik Tok.

Typical CW2’s are Skilled Labourers or in the High-Risk world, they have the Basic version of their ticket – Basic Scaffolders, Basic Riggers etc.  Role responsibilities can be wide-ranging depending on your skillset and site, but expect more duties than a CW1. And more pay.

CW3. Now we’re getting into the meat of this classification sandwich. By now you’ve spent at least three successive years in the game and you’re very comfortable in most workplace situations. You may have upskilled with a ticket or three, advanced a previous ticket, squirreled away a few bucks and hopefully have a decent set of wheels to get yourself to work. You’re expected to think and act like an adult as well as provide leadership for those coming up behind you – namely the CW1’s and 2’s. Remember – you were one once.

CW4. If you’ve made it this far then there’s a very good chance you’re in it for life. You’re a senior worker on site – no more excuses, no more games. Junior workers look to you for leadership as you are now running tasks in your work area or vocation. If you’re a rigger you’ll be running the lifts, if you’re a scaffy you’ll be running the install and if you’re an operator you’ll be taking smoke breaks and telling off labourers. Kidding. You can now drive a small Bobcat, Forklift or Excavator.

CW5. The tradesfolk. Well, most of the tradesfolk. After four long, lean years bricklaying, plaster, carpentry and joinery apprentices are now free to roam the site with pride. Plant operators can now drive the big stuff. Vocations like riggers and scaffies have moved up into supervisory roles. Dual tradespeople have begun their second trade. And some trades and vocations have begun to specialise – like boilies who want to move into pressurised vessel work or start to become ‘Coded’.

CW6. The other tradesfolk. The two trades that get to claim CW6 status are plumbing and electrical, due in part to the complexity of their work and the potential danger – especially sparkies. When one of the other construction trades finds themselves in possession of a builder’s licence, they too can be classed as a CW6. Boilies, whilst not technically required to have as much construction knowledge as say a chippy, can be classed as a CW6 if they begin down the path of becoming a Coded Welder.

CW7. Like all man-made structures, the more we go up the less weight we can carry – and the same can be said for the CW System. The Leading Hands and Sub-Foremen [Forepeople?] have been around so long that they will not only be sporting a few tufts of the grey stuff up top, they’ve also likely worked in – or with – every trade, vocation and worker group known to man. The best place for a person of this calibre is still on site because they have forgotten more than most of us will ever know. No desk jobs for these lads and ladettes.

CW8. The Supervisor or SIte Manager – a title that should bring chills to your spine. And if you’ve ever had one tear strips off you then you’ll know what I mean. The Supervisor has been around the block twice as much as the Leading Hand and is solely responsible to the Project Manager for the completion of works. And with potentially millions of dollars and scores of workers under their watchful eye, is it any wonder that at times they’re short on niceties.

This is obviously a light-hearted look into the CW System. What’s not funny is making sure you’re classified – and paid – correctly. This responsibility falls on us as individuals.

Full details about your CW Classification can be found at: www.fairwork.gov.au

CW. Construction Worker. Also the system of classification of pay grades and role responsibilities mentioned in this article.

Green or Greenhorn. A worker new to the game. From early American frontier folk whose young, inexperienced cattle still had green horns.

Qual. A qualification, like a Certificate III in Carpentry.

Apprentice. A worker who is currently learning a trade.

Tradesperson. The individual who has completed an apprenticeship. Also known as a Tradie.

Vocation. A career path that doesn’t necessarily have in-depth training like a trade.

Boiley. Slang for a Boilermaker [Metal Fabricator]. Named due to the trade’s origins in the manufacture of water boilers.

Welder. A trade-qualified individual who can weld. Differs from a Boiley in that a Fabricator can also design a project, whereas a Welder can generally just weld.

Chippy. A trade-qualified Carpenter. The term comes from the chips of wood they create.

Sparky. A trade-qualified Electrician. From the sparks that can occur during electrical faults.

Plumber. A tradesperson responsible for the ingress and evacuation of water, gas and waste into a building.

Operator. A worker that drives stationary or mobile plant or machinery.

Dogman. The worker responsible for communicating the lifting of loads to the crane driver.

Rigger. The individual who ‘rigs’ the load for lifting.

Get a Free Quote today!

What your construction worker ticket means.

Pathways to Working in Construction on the Rail.

What do I Need to Work in Construction?

Working with Concrete – see how many opportunities you can have

Let us call you back

After submitting we will call you back back as soon as possible.

All fields are required.

Let us assist you to find the labour services you need. Please contact us using either the information below or fill out the form.

If you're seeking a job, please visit our Careers section.

We will call you back as soon as possible, usually within 10 min.

Let us assist you to find the labour solutions you need

Please contact us using the information below or fill out the callback form. 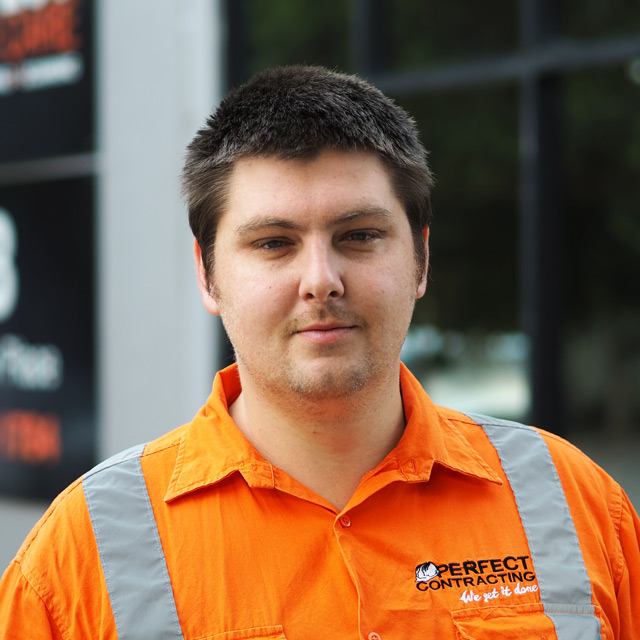